With two innovative pilot projects for the production of manganese alloys and titanium slag, the Eramet group continues its actions to reduce its CO2 emissions in Norway. These two projects have received the support of Enova, the Norwegian government agency for the energy transition.

Eramet's R&D teams have developed a unique biocarbon process that reduces the use of fossil coke in metallurgical production. The ultimate goal is to produce manganese alloys without CO2 emissions. Enova has just awarded a grant of approximately 6 million euros to the Group's Norwegian subsidiary, Eramet Norway, and its three manganese alloy plants in Porsgrunn, Sauda and Kvinesdal, to validate this technology via a pilot project. Laboratory tests have been carried out to replace a significant portion of the carbon materials used in pyrometallurgical furnaces with pre-treated biocarbon (produced from biomass such as wood waste). The next step is to carry out an industrial pilot to confirm the technical feasibility of this innovation.

For the transformation of titanium ores at the TTI (TiZir Titatnium & Iron) plant in Tyssedal, the Group is seeking to replace coal with hydrogen and thus reduce the CO2 emissions of the production process. It is planned to demonstrate the suitability of hydrogen for titanium ore reduction through pilot tests in specialized facilities. Enova will support this hydrogen project, phase 1 & 2, with up to 26 million euros. The support for TTI still has to be approved by ESA (Efta Surveillance Authority). At the same time, it becomes an IPCEI project (Important Project of Common European Interest).

These two projects will enable Eramet to accelerate its efforts to reduce its CO2 emissions, as the Group has committed to do in its CSR roadmap. The Carbon Disclosure Project (CDP), an international organization of reference in the evaluation of the environmental impact of companies, has just recognized the Group's progress in the fight against climate change for the second year running by awarding the Group a B rating in the climate section of its 2021 ranking. This positive assessment follows an important milestone reached this year in terms of Eramet's Energy and Climate strategy: the validation of our CO2 emissions reduction target by the Science Based Targets initiative. 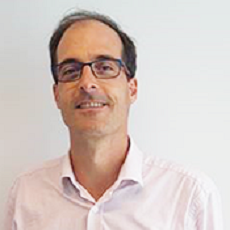 Faced with the climate emergency, we have made commitments to reduce our CO2 emissions as quickly as possible. Enova's support gives us the necessary foundation to intensify our research and decarbonize our processes. Our teams are proud to be pioneers in the use of biocarbon and in hydrogen metallurgy for the transformation of manganese and titanium ores.