Becoming a member of the act4nature alliance means that the Group's commitment to biodiversity has been recognized by environmental NGOs and scientific organizations. A first!

Eramet has initiated the process for becoming a member of this alliance. Following the submission of its biodiversity policy commitments to act4nature, the Eramet Group has had them validated and recognized as being SMART by the alliance’s steering committee, following a process of consultation with its network of environmental NGOs, scientific bodies and committed companies

By becoming a member of the act4nature alliance, Eramet has thus signed up to a set of 10 shared principles and has made commitments related to its operations.

This membership process is part of the Group's biodiversity policy as set out in its CSR roadmap (2018-2023). 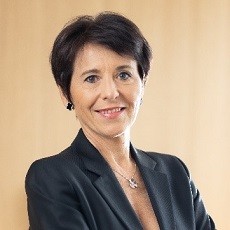 As a socially responsible mining company we are fully aware of the impact of our activities on biodiversity. Preserving biodiversity is more than a pledge, it is part of our strategy: we incorporate this principle into all our projects, and we act according to a simple motto: avoid-reduce-rehabilitate-offset.

Our membership of the act4nature initiative has further strengthened this CSR approach and reinforced our mining model. The recognition of our commitments by NGOs and scientific experts is the result of extensive work carried out at all the Group's sites over the last three years to achieve the thirteen objectives set out in our CSR roadmap for 2018-2023.

This is the first time that a panel of environmental NGOs and scientific bodies has recognized the Group's commitments to biodiversity, an acknowledgment that reinforces its CSR approach, as the Group strives to become a benchmark in terms of the responsible processing of the Earth's mineral resources for the benefit of all, as reflected in its corporate mission, enshrined in its Articles of Association this year.

Aware of the urgent plight of our planet, Eramet's day-to-day activities are geared to ensuring the sustainability of plant and animal species and their habitats.
As part of its CSR roadmap, Eramet has committed to protecting water resources and accelerating the restoration of sites by fostering biodiversity. In 2014, the Group had already adopted a Biodiversity Policy, as part of a continuous improvement process. Its commitments have now been formally set out in its Environmental Responsibility Policy (updated in 2020).

Respect for biodiversity is therefore fully incorporated into the activity of each of the Group's mining and industrial sites. Characterization studies are regularly conducted to collect as much information as possible about local biodiversity, as well as usages and ecosystem services. These studies were entrusted to national and international specialists and experts, including specialized firms, public institutes, universities and NGOs. The risks and impacts of activities on biodiversity are studied and preservation actions are defined accordingly.

When a project is launched, a whole host of preparatory work is carried out to implement a suitable strategy. The main steps in this strategy are generally as follows:

Finally, initiatives to promote biodiversity are being carried out among employees and in the community as a whole. In 2021, the Group created the Lékédi Biodiversity Foundation in Gabon to study, raise awareness and protect Gabon's biodiversity and support research projects.