The opening of a new mine in Moanda will significantly increase our manganese production volumes. The goal we've set is to eventually become the market leaders.

Setting sights on the coming decades

The Compagnie minière de l’Ogooué (Comilog) – an Eramet subsidiary since 1996 – began operating the Moanda manganese mine in the east of Gabon in 1962. Nearly 60 years later, the mine is the second most competitive in the world, although the site currently operated, on the Bangombe plateau, is expected to be exhausted in several years' time. The time has come to revitalise operations. After several years of studies, a decision has been made to open a new mine on the Okouma plateau, 13 km to the north of Moanda. This will be supplemented by the construction of a new washing plant that can handle mineral supplies from both Bangombe and Okouma. These major investments will enable us to achieve far greater production volume 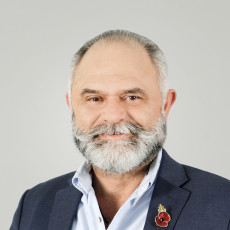 Kleber SILVA CEO in charge of Mining and Metals Division

Our ambition is simple: to make Comilog the world number one on the manganese market.

The first scoping studies were conducted in 2016. The detailed preliminary design phase began two years later. A project team of around 50 people is currently working on moving it forward. Supported by the combined expertise of Eramet Ideas and Hatch, a Canadian engineering specialist, three priority projects are under way:

One firm decision is guiding this ambitious project, namely to comply with the very exacting standards of the International Finance Corporation (IFC, a World Bank institution). Developing the 2,000 pages of the environmental and societal impact study took several years of work, supported by outside experts. Every effort was made to ensure compliance with the most stringent imperatives linked to corporate social responsibility (CSR).

The challenge for the teams is to identify solutions for protecting the habitat and food supply of the large primates present in these areas, the diversity of flora, the forest area, etc. and to optimise the mine in light of these constraints. The entire project was devised to avoid impacts as much as possible. In addition, a compensation strategy has been put in place to achieve a positive long-term outcome as far as the species involved are concerned.

This continual focus on protecting the environment, and particularly biodiversity, is being crystallised through measures such as: